I’ve got so many products rolling through my inboxes that it’s sometimes hard to keep up with them all! I guess that’s my job though, and one I’ll gladly do if it helps keep you all informed about what’s good and not so good out there! Today we’ll be looking at a new one that came through. Let’s see…what is Steal My System? Can you make $3,000 with this “secret” system, or is Steal My System a scam?

The sales page looks like your typical page for these types of products. It’s not too hype-y, so that’s good to see!

We’re going to dig into this one in a minute. But first, since these $3k per day secret systems never seem to really work out (I’ll give it a fair chance, but we haven’t had a lot of luck with these!), I would love to show you the way that I make money online.

I don’t use any secret systems or money loopholes. I work hard at providing good content for you, and I absolutely love it! What I do is called affiliate marketing, and it’s a legitimate way to make money online that many, many people out there do and are successful at.

What I’d love to do for you is show you how it all works in my Free Guide to Making Money Online for Beginners. This guide will take you through the process and you can see what a great choice it is for making money working from home.

Click the Button to Get Access to My Free Guide to Making Money Online for Beginners and Learn Why Affiliate Marketing Can Legitimately Help You Achieve Your Financial Goals!

Here are the areas we’ll explore in this Steal My System review.

What is Steal My System?

Product: Steal My System
Cost: $67
Owner(s): Steven. Or is it Nathan Canfield? Either way, both are fake names.
[yasr_overall_rating size=”medium”]

As soon as the video starts, we see this claim: 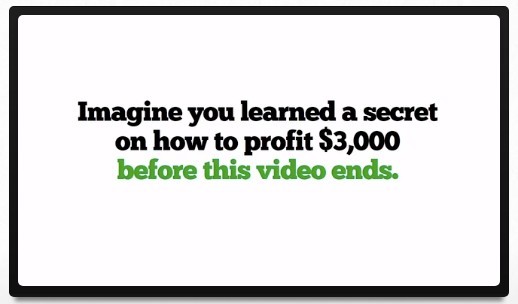 Here’s what I learned from watching this video:

I can’t wait for this. I want to be “absolutely shocked”. 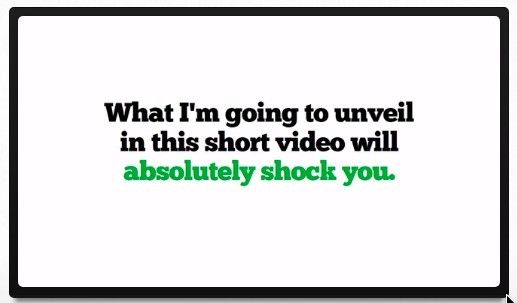 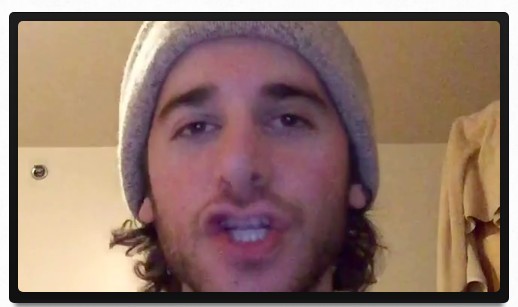 Testimonial Girl says she’s bummed that she wasted her time in college because she makes more money than most managers now, and she does “zero work for it.” Riiiigggghhhhttt. 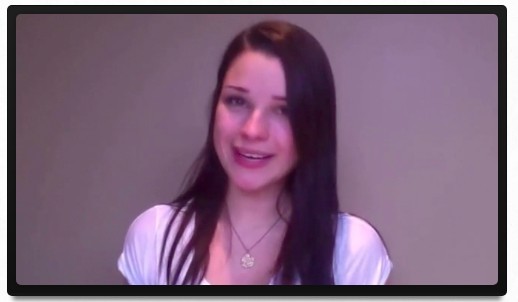 These testimonials are completely fake. Please do not believe them. These are actors hired from Fiverr.com who are paid to say this. They do not make money with this system. 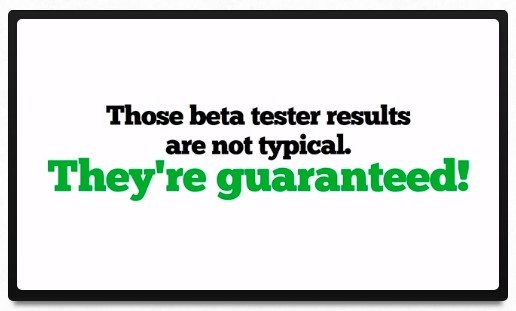 In the video, he says that he sent his friend his system and then told him to post it on his Facebook wall. His friend made over $1100 in sales just from that one post. (Are you kidding me? There. Is. No. Way. Have you ever tried to post anything sales-y on Facebook? It gets totally ignored! The only way this is true is if you have a HUGE following of people looking for this stuff already.)

Steal My System has:

Steven introduces himself. He only has one talent – making money! He says he grew up wealthy and his father was a multi-millionaire. He married the Prom Queen and had 3 kids. Everything was awesome until one day he got a call from his Mom. His dad was diagnosed with a rare form of cancer. His dad only had a few weeks to live.

His dad handed him a note and told him to read it after he had passed. It explained that his father was part of an elite group online that sold money-making systems. The systems they sold weren’t the ones they were really using to make millions. They hid the real systems on purpose. It was too risky to release the real system. It was so powerful that if the wrong person got their hands on it, it could bring down the whole operation!

He was being punished for holding this in and that’s why he got cancer. It’s only right to release the REAL system to make millions. Once released the rest of his group would go out of business and they wouldn’t be able to scam anymore innocent people.

(OMG, my eyeballs are rolling so much they might actually pop out of my head. This is such a DUMB story.)

Steven activated the system before going to bed. He woke up and went to the playground to play with his kids and when he came home, less than 12 hours later… 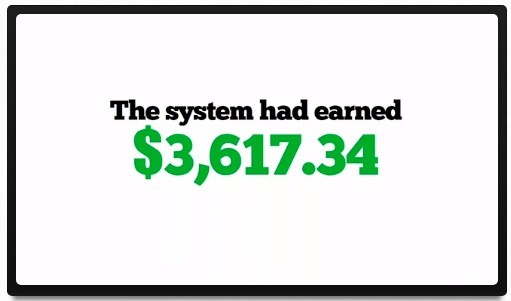 Steven says he’s going to tell us exactly how we make money with this system because he knows we’re “tired of the lies and the BS”, but does he ever tell us? No. No he doesn’t. He just says that the more clueless you are, the more money you will make with this system. I’m pretty sure what he means is that more clueless you are, the more money HE will make. Because if you’re clueless about the nonsense he’s spewing, you might actually buy into this crap.

Let’s move on! I can’t take it anymore!

How Does Steal My System Work?

Steven never explains how this works even though he says he’s going to. Typical! I love the guys in these videos that say they’re “tired of the scammers” and the “gurus” and “tired of the lies and BS” and then that’s all they give you. They’re trying to make themselves look different, but they’re all the same.

I decided to add my email address just to see where this would take me. I got to a checkout page for Private Cash Sites.

The owner of Private Cash Sites is Nathan Canfield, whose name appears in the disclaimer for Steal My System. Same system, different names? Probably!

Is Steal My System a Scam or Legit? 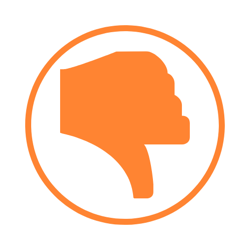 I didn’t purchase this product so I can’t say for sure whether Steal My System is a scam. In fact, it could be the best product in the world. But I’ll never recommend it. Why? Wayyyyy too many red flags.

Here’s a little note that’s in the disclaimer. So much for results being “guaranteed”! 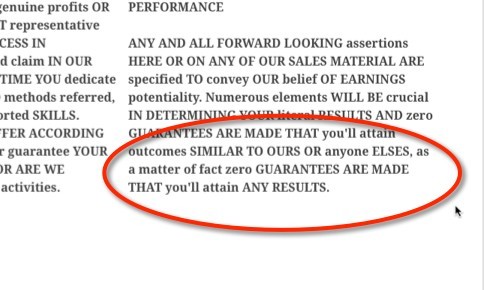 From my research, it looks like this is a product focused on affiliate marketing. That’s the ONLY good thing about it! Affiliate marketing is a completely legitimate way to make money online. It’s what I do (and what I LOVE)! However, there’s a right way to do it, and then there’s the Steal My System way.

If you truly want to be successful with affiliate marketing, then you will need to learn how to do it the right way. You see, these guys that put these sales videos together are likely making a lot of money. But they’re making it off of people who are looking to make a quick buck. They’re not actually going to teach you how to be successful.

I encourage anyone whose looking to make money online with affiliate marketing to get proper training! It will make ALL the difference in whether you are successful or not. Wealthy Affiliate has a Free Starter Membership (no credit card required) so you can test it out to see if you like it. Unlike Steal My System, there aren’t any secrets. And you can tell the world if you want! lol

Click the Button to Get a Free Starter Membership at Wealthy Affiliate so You Can Learn How to ACTUALLY Be Successful at Making Money Online!

Unfortunately, there are tons and tons of these money-making systems out there and new ones pop up daily. You always have to be on your toes when you’re looking for opportunities to make money online. The good news is that you CAN make money online – legitimately.

It’s not going to take just a push of a button, or just setting up a secret system to start making thousands. It will take work, patience and determination. But I can tell you, it will be worth it. When you sign up for your Free Starter Membership, take a look at this success story of one of our members, Jerry, who made over $7,000 in a week. This is just one of MANY.

Success can and does happen. Jerry worked for that success. But so can you! Anyone can do this. You don’t need to look at the get-rich-quick schemes anymore. You will never get rich quick with these systems. Instead, why not learn how to increase you income in a way that’s sustainable and lasting? Learn how to do it the right way, and be greatly rewarded!

Click the Button to Get Your Free Starter Membership at Wealthy Affiliate Now!

Do you have any questions or comments about Steal My System? Do you think this is a system that can actually make you thousands? Leave me comments down below!

Don’t Have Time to Read Now? Pin Me for Later!

4 thoughts on “Is Steal My System a Scam or Can You Make $3000 with this Secret System?”