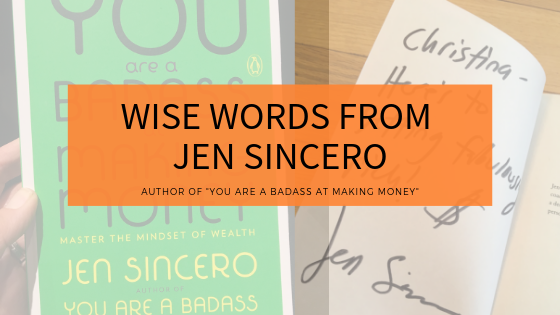 A couple of days ago, I was lucky enough to go see Jen Sincero, author of my most favorite self-development book ever, You Are a Badass at Making Money, speak live. 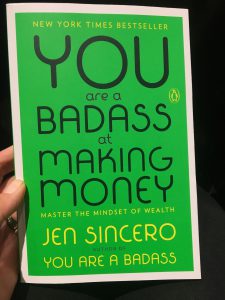 Have you ever heard of this book? Have you read it? I’d love to hear your thoughts, so please leave me comments below.

Jen really has a way with words. Not only is she brash and has a bit of a foul mouth (obviously, just look the the title of her book!) but she’s also heartwarming, hilarious and she really makes you want to get your butt up off the couch and start getting your life together!

If you haven’t read this book, the please do yourself a favor and get it right now! By the way, I really recommend the Amazon Audible version. Not only can you listen while you do boring stuff, but Jen reads the book herself and I’m telling you, she’s funny.

I laughed so many times when I was listening! You know those people who are outside walking and just crazily laughing to themselves? Yup, that was me during this book!

A Little Town in Pennsylvania 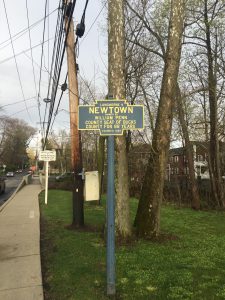 I went to this little place called Newtown, which is a town filled with old houses and lots of charm.

Being in Southeastern, PA, our little corner of the world is filled with these cute historical towns. It’s so cool knowing that Benjamin Franklin and George Washington were traipsing around these parts. It’s fun to imagine that I’m walking the same paths as these great forefathers. It’s one of the best things about this area.

The theater Jen spoke in was equally as cute and charming. A perfect place for Jen’s really bad mouth. lol

Just kidding. It was only slightly bad! Her language may have been a little off color (which was fine for me, it’s just the way she is!), but the advice was spot on. 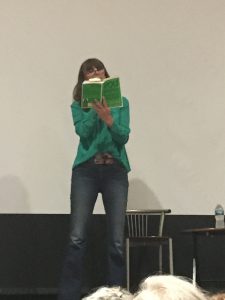 This one hit me big time because I *almost* thought of not going to this event. Why? Because I had never been to Newtown, I didn’t know where I was going, I was going by myself, and it was unfamiliar and uncomfortable! Do you think I was glad I went? Oh yea!

3. Anxiety / fear and excitement are pretty much the same feeling. 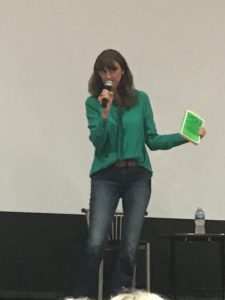 So, instead of saying that you fear something, tell yourself you’re excited about it instead. (This is also advice I read from Mel Robbins’ book The 5 Second Rule.)  “I’m so excited I get to step on stage and talk to all these people!”

4. As soon as you have an inspiring thought, take action on it.
Immediately. Because that’s the Universe trying to get ideas to you! And then what we do is think about it too much, let our egos get in the way and then talk ourselves out of it. Nope. The Universe is way more powerful than the ego. Get out of your own way, listen to the big U and get going on that idea! Now!!

Are You Ready to Go Out There and Get Rich? 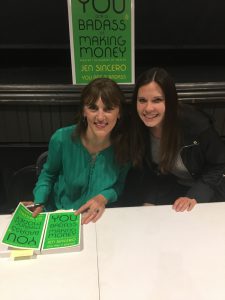 1. Get You Are a Badass at Making Money.

2. Read my post about How to Get Out of Debt Quickly.

3. Get a coach. For now, you can use free resources. I highly recommend DaniJohnson.com.

We’ve got one life to get this right. Let’s not waste it in our familiarity zone.

Because I was at Dani Johnson’s First Steps to Success recently, she talked about building relationships and communication skills. She reminded me not to be looking at my phone while in line and instead try to get to know people.

As an introvert, this isn’t super easy for me, but I try!

Anyway, while waiting in line to get books signed by Jen, I was able to talk with three fabulous women.

If I had stayed in my familiar zone, I would have never started chatting with them. And it would have been a missed opportunity to meet three awesome people.

If I had stayed in my familiar zone, I would have never gone to the event in the first place! So, just a reminder. Don’t stay in that zone. You will miss out on so, so much. 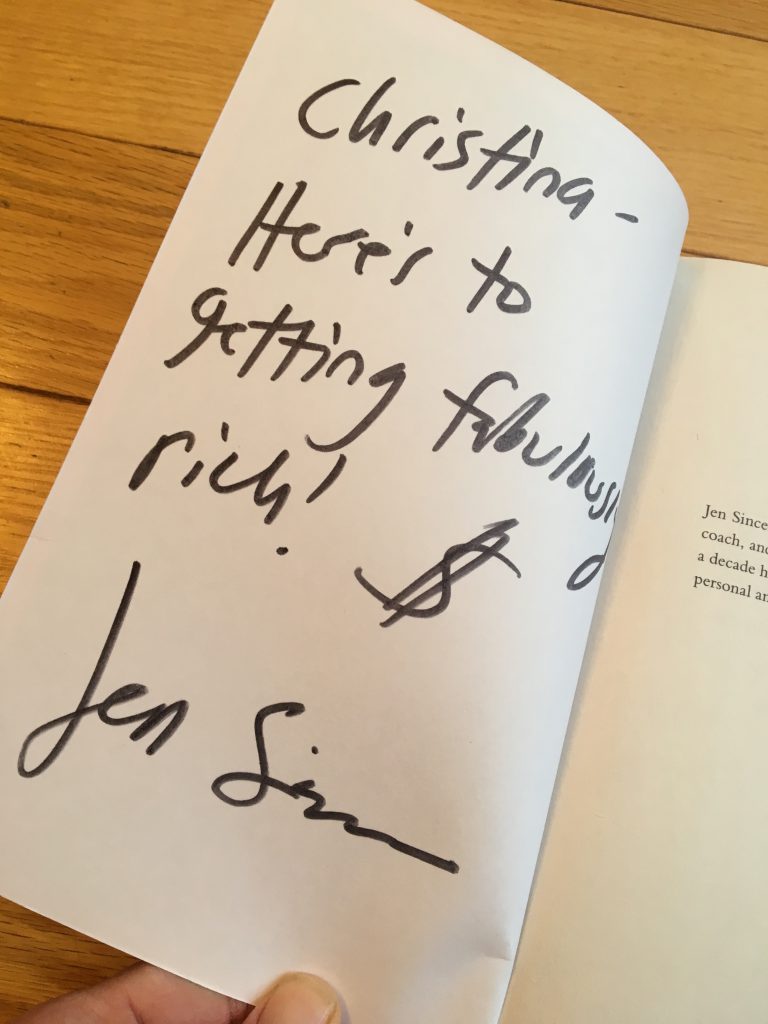 How are YOU going to get fabulously rich? Leave your ideas in the comments below!

8 thoughts on “Wise Words from Jen Sincero, Author of “You Are a Badass at Making Money””