Is Big Profit System a scam? That is a question I will be answering for you in this article, and I think you’ll be interested to see exactly what this is all about. They say that you can make $500 – $10,000 a week and you don’t even have to do the work.

So, what’s the catch?

Keep reading and I’ll show you everything you need to know before deciding to join this program.

By the way, I’m not promoting this system in any way, shape or form. I just want to give you the details so you can make a wise decision for yourself.

What is Big Profit System?

Right away we get a big, bold promise from Big Profit System:

The sales video says that Big Profi System is an amazingly simple way to generate $500 – $10,000 per week without doing sales, MLM or network marketing.

You don’t need internet access and you don’t even need a phone. You don’t have to sell anything. You just pay a one-time fee and you’ll have payments delivered right to your front door. The system does everything for you. 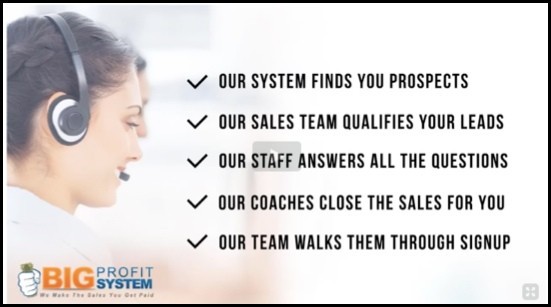 They have a simple 3-step system:

This sounds really good right? You get to make money and you don’t even have to do any of the work. Almost all of it is done for you.

But, not so fast.

Let’s take a closer look into how this all works.

How Does Big Profit System Work?

After taking a look at the sales page and just a portion of the video, I already know that Big Profit System is a cash gifting scheme. I’ve seen others just like it, and I’ve written about them on this site:

Let’s talk about how this actually works and why it’s a GREAT idea for you to stay away from it. While it sounds easy and like guaranteed income, it’s FAR from it.

How Much Does It Cost to Join?

First let’s talk about the costs of joining Big Profit System. There are going to be five different levels you can choose to join:

You can choose any level, but how much income you can make depends on the level you joined at. You also have to pay a $280 fee for any level. That probably goes right to William, the creator of this program. We’ll talk about him next so you have a little background information on him.

And you’ll also need to pay for leads. They recommend sending out postcards. Sending 500 costs over $350.

This isn’t going to be an easy sell. It’s not going to be easy to convince people to spend $1000 + on a system like this. Because people are skeptical. You are too, right? That’s why you’re researching.

Someone by the name of William Foley is behind Big Profit System. He apparently runs Legacy Marketing Systems, which is a site that just goes to another make money online product called Income Shift Pro Training.

Big Profit System started as a way to promote Empower Network, which was another high-ticket program, but then branched off into its own system in 2014.

How Do You Make Money?

Here’s where things get a little interesting – and a little dicey. 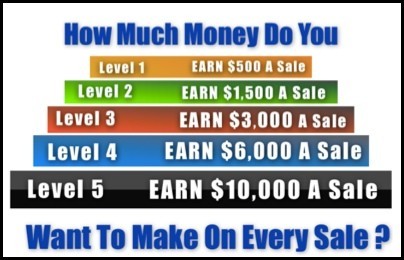 Let’s say you join at Level 1, but someone joins under you at Level 4. You only make $500 and the additional $5500 goes to the next qualified person above you.

This is why when you talk to a “coach’, they’re going to try to pressure you into buying into the higher levels. You wouldn’t want to miss out on those big sales, would ya?

Here’s the shady part. You’re not selling anything except for memberships to the same system.

There’s might be some sort of training, but it’s all going to be training on how to sell Big Profit System. That really means that this is a cash-gifting pyramid scheme.

You make money from recruiting others instead of selling a product. Here’s a great Ted-Ed video about how to spot a pyramid scheme.

I didn’t find too many people who have tried out Big Profit System, thankfully! The ones that are giving it great reviews are the people who are trying to get you to buy into it.

I did see one lady leave a comment on a blog saying that she spent over $10,000 and made 0 sales. She even had a lead, which her “coach” never helped her close. So, so much for them doing everything for you, right?

You’ll never get your money back.

Is Big Profit System a Scam?

Is Big Profit System a Scam? In my opinion, yes. This is a scam for a few reasons. 1. There is no “real” product. You’re just getting training on how to sell the same product. 2. You have to pay to play, and you’ll have to pay big to play. 3. You only get paid for recruiting people into the system and not for selling an actual product (pyramid scheme). 4. There are no refunds because people are sending checks directly to you.

The only person who’s going to really make a good living from this is Bill Foley. I recommend you stay far, far away from this one.

In my opinion, Big Profit System is a scam. The FTC hasn’t shut it down yet, so that’s not official, it’s just how I see it based on what I know about it and based on other programs I’ve reviewed that are just like it.

You’re very likely to lose money on this – and a lot of it. If you like the idea of earning and income online, I’d love to teach you about affiliate marketing. The startup costs are way, WAY less, you can still do it 100% from home, you don’t need to worry about recruiting and you don’t need to pay to play.

If you’re interested, you can learn about affiliate marketing right on my homepage.